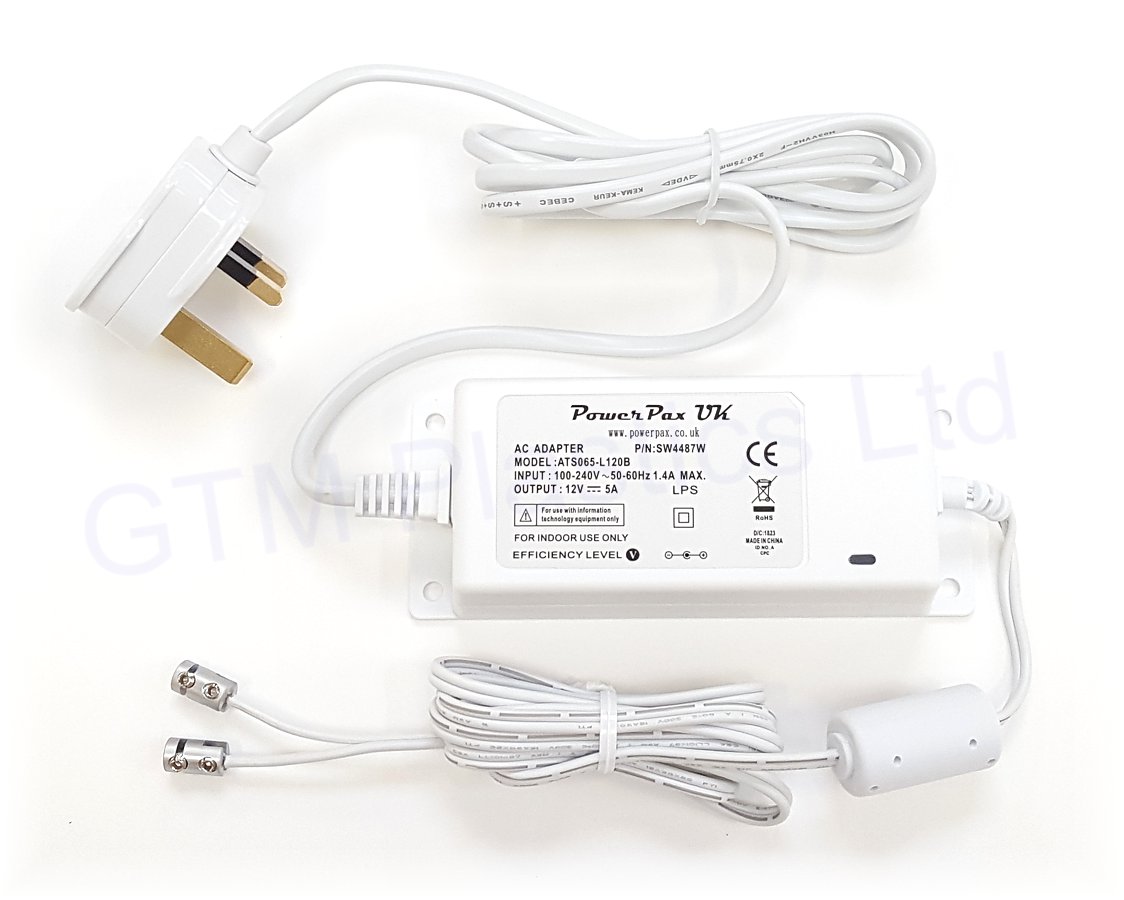 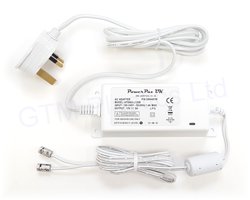 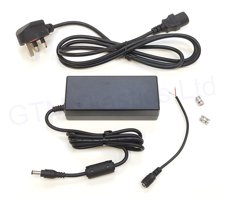 White (black for 7.5A) plastic body with fixing lugs.

The default power supply provided with all our display kits is a 12V 5A (60W) DC transformer (sometimes called an LED Driver) which comes with a 2-year warranty. Additionally, we have 12V 7.5A drivers available which are better suited for connecting multiple displays in parallel.

The two display drops of three - LED illuminated A3 landscape displays in the photo can be powered from a single 12V 7.5A driver.

The power supply has a standard UK three pin mains plug at one end which plugs into the mains socket on your wall as usual, and a 12V positive and negative terminal connector at the other end. The photos to the right show the fixings attached to the bottom recess of the estate agent's window display.

The 12V connectors are most often attached to the very bottom of the cable wires where the bottom cable fixings are mounted to the floor or window recess, but they can instead be attached at the ceiling end which requires either mounting the PS against the wall high up, or placing the PS within the attic area if you have access.

Magically! the system doesn’t require having electrical wires feeding power to each display unit. Instead the low voltage electric current flows up and down the cables which are being used to suspend the units. The power then accesses the embedded LEDs via the clamps which attach the units in position between the cables.